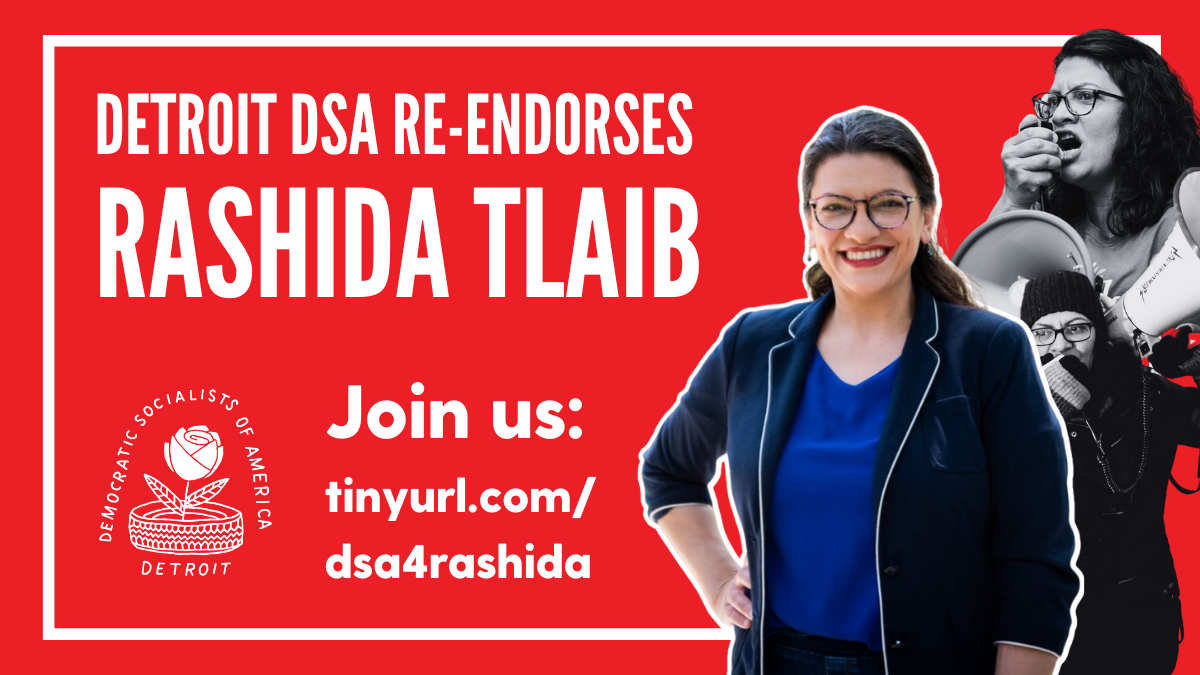 Metro Detroit DSA voted overwhelmingly in favor (207 YES, 4 NO, 3 ABSTAIN) of re-endorsing DSA member Rashida Tlaib for Congress for a third time. It was our highest turnout for a vote ever!

Now you have one more decision to make: Will you make this campaign our biggest ever?

Do you want to see a strong DSA for Rashida campaign that:

We can do a lot more than knock some doors between now and the August primary election, but only if you get involved early! This campaign gives us the ability to talk about so many issues - Medicare For All, a Green New Deal, good union jobs with a living wage, education & housing for all, canceling student debt, and more - all in the name of one of the most popular democratic socialists currently serving in office and the socialist organization of which she’s a member! But this can only be made possible with mass participation from our membership.

Ready to take the next step to win socialism in Michigan? Here’s how: